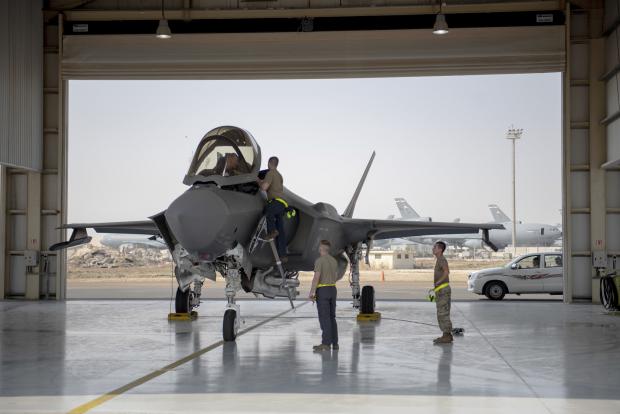 A group of bipartisan lawmakers introduced a bill in the House that would effectively give Israel the power to veto US arms sales to countries in the Middle East. Since the UAE and Israel agreed to normalize relations, a possible F-35 sale to Abu Dhabi has caused concern in Congress over Israel's Qualitative Military Edge (QME).

The QME is mandated by US law and means Washington will ensure Israel maintains military superiority over its neighbors. Currently, it is up to Congress to ensure Israel's QME. The new bill would require Israel to be consulted before any arms sales are made that could jeopardize the QME.

The bill was introduced by Rep. Brad Schneider (D-IL). In a press release, Rep. Schneider said the bill would "require the President to consult with the Israeli government to ensure QME concerns are settled" regarding arms sales to Middle Eastern countries.

"Israel is our single most important ally in the Middle East, and Congress will not let any President undermine her security with unapproved weapons sales," Schneider said. Seventeen other members of Congress sponsored the bill alongside Schneider.

Israel initially objected to the F-35 sale to the UAE, but has since submitted a wishlist of over $8 billion in advanced weaponry if the deal goes through. Israeli Defense Minister Benny Gantz met with US Secretary of Defense Mark Esper in September about the deal. Esper vowed the US would maintain Israel's QME.