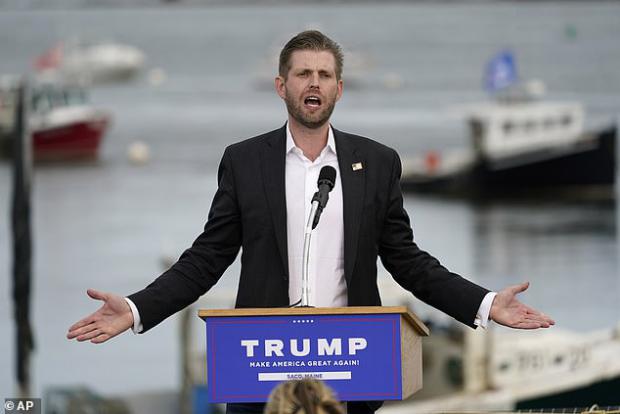 Eric Trump has answered questions from New York investigators as part of an ongoing civil probe into whether the value of Trump Organization assets were inflated to gain tax benefits.

Monday's virtual deposition was spearheaded by the office of New York Attorney General Letitia James, who launched the investigation into the First Family's assets last year.

After Donald Trump was elected president in November 2016, he announced that he would not be involved in day-to-day operations of the Trump Organization but would leave the responsibilities to his adult sons, Eric and Donald Trump Jr.

Details regarding the types of questions and how long the deposition took were not immediately disclosed, per the Associated Press.

A judge had given Eric Trump until Wednesday to comply with a subpoena for his testimony in the investigation after rejecting an effort to delay it until after the November 3 presidential election.

James, a Democrat, had sought a judicial order to enforce the subpoena after Eric Trump's attorneys abruptly canceled a July interview with investigators.

In addition to Eric Trump's deposition, investigators have requested documents related to the assets in question that had previously been withheld.