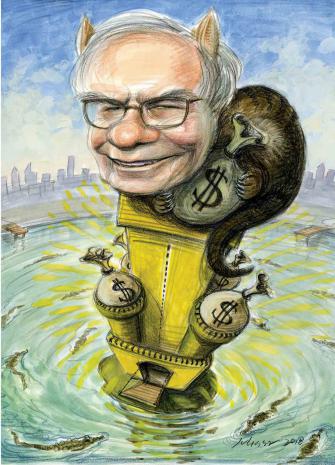 In July of 2013, the seeds of the most powerful protest movement of the modern era were planted.

In a restless climate of nationwide demonstrations touched off by the killing of 17-year-old Trayvon Martin, an activist named Alicia Garza uttered the phrase "Black lives matter." A few months later, in October 2013, Garza took a job with an organization called the National Domestic Workers Alliance, and the nonprofit immediately saw a dramatic increase in its funding from organizations tied to some of the wealthiest people in the world—people with names like Buffett, Soros, and Rockefeller.

This spring, in the wake of the killing of George Floyd, the movement became a global interest: Some 1.1 million individual donations worth an estimated $33 million flowed into its coffers. Large corporations, especially in Silicon Valley and retail, have been quick to follow suit, with brands like Square, Ubisoft, Google, Spanx, Tom's Shoes, Lululemon, Nike, and Anastasia Beauty all making six- and seven-figure organizational pledges.

The received wisdom, echoing the official mythology around Black Lives Matter Global Network Inc.—co-founded by Garza along with fellow activists Opal Tometi and Patrisse Cullors—is that BLM is a grassroots movement that rose up organically out of the widespread rage sparked by viral videos of Black American men killed by police officers. According to this account, the political priorities of activists in Brooklyn screaming at cops and calling to defund the police have been fused with those of suburban moms in Peloton T-shirts, hand-painting signs with their kids using the BLM hashtags of large multinational conglomerates—an unusual union of protesters and the corporate boardroom spurred on by nothing more than everyone's shared outrage over racism.