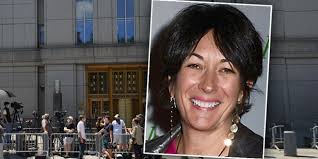 Ghislaine Maxwell has hired a New York-based lawyer who previously represented one of Osama bin Laden's henchmen, as she seeks to bolster her team ahead of her sex trafficking trial next year.

Bobbi Sternheim is described on the website of her law firm, Fasulo Braverman & Di Maggio, as a 'recognized leader' in 'litigating difficult and complex cases'.

Among her most famous clients is Khaled al-Fawwaz, described by prosecutors as 'a top al-Qaida terrorist'.

She represented him during his 2015 trial on charges of conspiracy resulting in twin embassy bombings in Kenya and Tanzania in August 1998, which killed 224 people.

Al-Fawwaz was sentenced to life in prison.