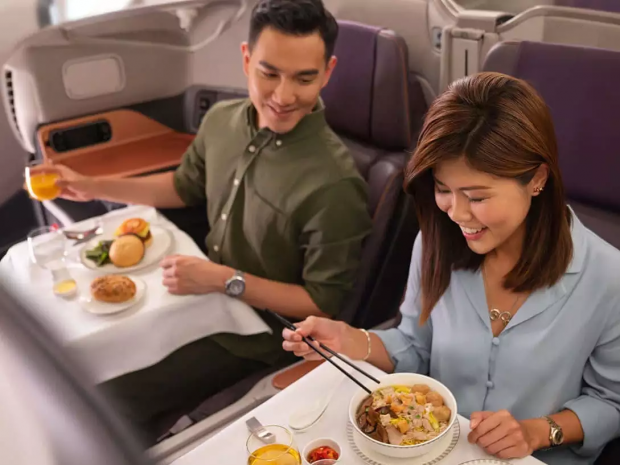 Amidst plunging revenues due to the pandemic, Singapore Airlines is turning two of its Airbus A380 planes parked at Changi Airport into impromptu restaurants on October 24th and 25th, and it's proved surprisingly popular. Bloomberg reports that all seats at the restaurants sold out within 30 minutes of bookings opening, as people rushed to recapture the excitement of balancing a tiny meal on an even tinier fold-down airline table.

I admit I normally quite like airplane food, but that's probably because it's something to focus my attention on beyond an endless series of films I was never interested enough in to see in the cinema. Singapore Airlines is selling four different tiers of meals according to Bloomberg, ranging from a meal in a suite for around $474, right down to an economy experience for the equivalent of $39. Around half the planes' seats will be available for dining to allow for social distancing.

Singapore Airlines is launching the dining experiences as earnings have plunged thanks to the pandemic. In July the company reported a net loss of over S$1 billion (around $825 million) in the quarter ending June 30th, and at the end of September it said it was exploring other ways of making money. As well as turning planes into restaurants, it said it would offer food deliveries to peoples' homes, complete with cooking instructions and a "specially curated playlist to recreate the SIA onboard experience," Reuters reports. Only 32 of the airline's 220 planes were operating as of the end of September, according to ABCNews.