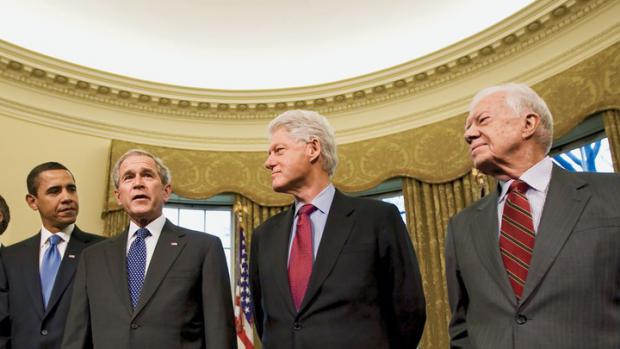 They Get A Pension For Life

Once they leave office, former presidents get a lifelong pension. In 1958, when Congress first passed the Former Presidents Act, the pension's value stood at $25,000 a year. Today, the pension amount equals the salary of a Cabinet member, currently $210,700 a year. Surviving spouses of deceased former presidents also qualify for an annual pension of $20,000. But what about presidents who resign, like Richard Nixon? In 1974, the Justice Department decided Nixon (and any future presidents who resign) would still get a lifetime pension. But presidents removed from office by impeachment lose the right to a pension.

The Secret Service Never Goes Away