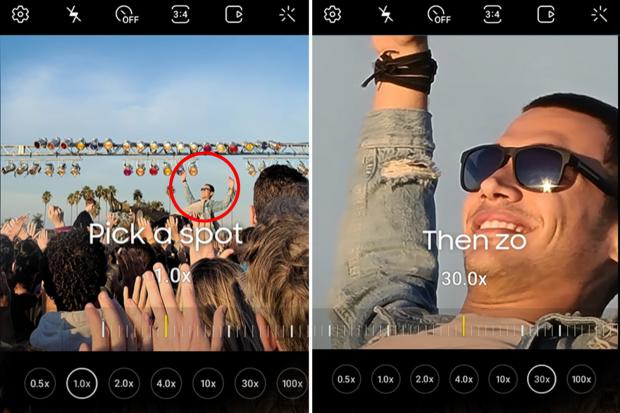 APPLE'S next iPhone will come with a powerful camera that can take clear photos of objects in the distance, according to reports.

The snapper is rumoured to come with a 30x digital zoom that can focus on subjects three times further away than any iPhone camera before it.

The new mobile, thought to be called the iPhone 12, is expected to be unveiled by Apple tomorrow during its virtual "Hi, Speed" event.

As well as a flashy new camera (no pun intended), the handset is said to be Apple's first iPhone with 5G.

Tech tipster PineLeaks shared a treasure trove of details about the upcoming model's snapper over the weekend.

The anonymous leaker wrote on Twitter: "Digital and Optical Zoom will be getting a massive boost this year."

"You will get an significantly extended digital zoom, both quality and distance wise."

Super-powered digital zooms are all the rage among the top smartphone makers.

Last year, Huawei launched a smartphone with a 50x digital zoom while in March Samsung loaded its Galaxy S20 Ultra with a 100x zoom.

At full tilt, the picture often becomes fuzzy, but it's possible to pick out small details from hundreds of metres away, such as the pieces on a board game.