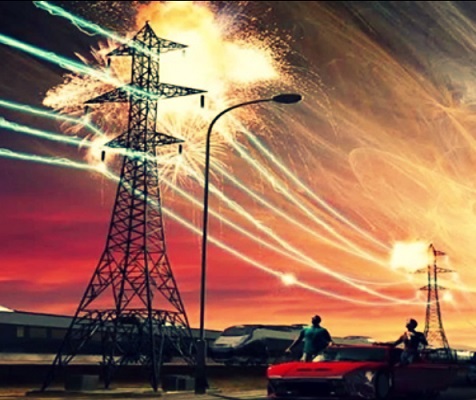 EMP.  Why don't we talk about electromagnetic pulse risks more?  Recent U.S. government documents see an attack as not only possible, but the first choice of countries like Iran, Russia, China and North Korea.  So much so that an Executive Order in 2019 tasked the Departments of Homeland Security and Energy to assess options to increase "resilience" before and after an attack.

CIA officials think even a moderate sized nuclear weapon detonated at the right altitude above the center of the U.S. could knock out power for most of the country.  With no power, food, water, gasoline and telecommunications networks have a likelihood of failing.

A Federal Energy Regulatory Commission report suggests that if just 9 of 55,000 substations in key locations were destroyed and one transformer manufacturer was disabled, the entire U.S. grid "would be down for at least 18 months, probably longer."

In 2013, an anonymous attack on a Silicon Valley substation knocked out the facility for 27 days — an PG&E official called it a "dress rehearsal."

So, what scenarios have been delivered to Congress deemed more likely to occur than others?  And how would an EMP propagate through the U.S. grid?  It's [redacted] is taking a look in today's episode, and be sure to share with everyone you know.  Don't be afraid, but be aware.