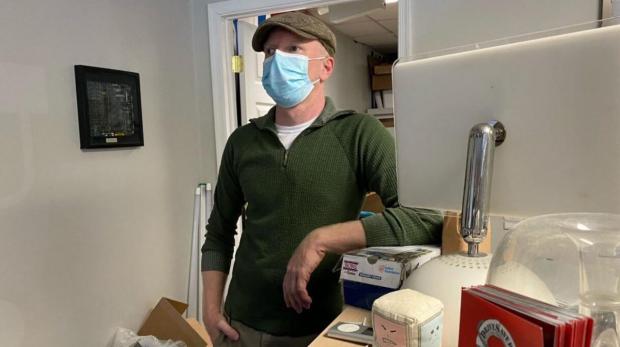 The Delaware computer repair shop owner who turned over the Apple Macbook Pro containing Hunter Biden's emails, photos and (according to Rudy Giuliani) a sex tape featuring Hunter Biden and another woman has come out to the public in an interview with Fox News.

John Paul Mac Isaac told Fox News that he is legally blind, and therefore he "can't be 100% sure" that the individual who dropped off the laptop was Hunter Biden. But when he was backing up the hard drive, he stumbled upon "disturbing" images, including "pornography", that freaked him out. Apparently, although Isaac's blindness prevented him from positively ID-ing Hunter Biden, it didn't stop him from viewing the contents of the hard drive.

Although it was only April 2019 at this point, Joe Biden was already considered the front-runner for the Democratic nomination. Isaac quickly became frightened, and started to worry about shadowy figures "coming back" for the laptop. To be sure, Fox News reported that whether Hunter Biden was indeed the owner of the laptop "has yet to be substantiated".

"I just don't know what to say, or what I'm allowed to say," Isaac said. "I know that I saw, I saw stuff. And I was concerned. I was concerned that somebody might want to come looking for this stuff eventually and I wanted it out of my shop."

During the interview, Isaac rejected the notion that the laptop was an "attempt to set him up" (perhaps with hacked photos and emails implanted in the hard drive?).