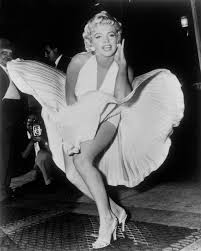 A new cold case docu-series is set to unveil new information that 'narrows the circle of possible perpetrators' in the 1962 death of Marilyn Monroe that was ruled a 'suicide'.

The actress died at her Los Angeles home on August 4, 1962. Her body was found on her bed by a responding officer, who also discovered empty bottles of pills, prescribed to treat her depression, littered around the room.

After a brief investigation, Los Angeles police concluded that her death was 'caused by a self-administered overdose of sedative drugs'. They declared her death a 'probable suicide'.

But Jack Clemmons, the former officer who found her, has previously said that he believed the 'scene seemed staged' when he arrived.

His theory was one of several, including claims of murder, mafia revenge and CIA assassination plots, that has prompted investigators to take a closer look at the case.

In a press statement, ZDF Enterprises announced that the company, in partnership with Story House Production, ZDF and Arte, will be working on a new docu-series titled, Cold Case: History, that has already uncovered new evidence.