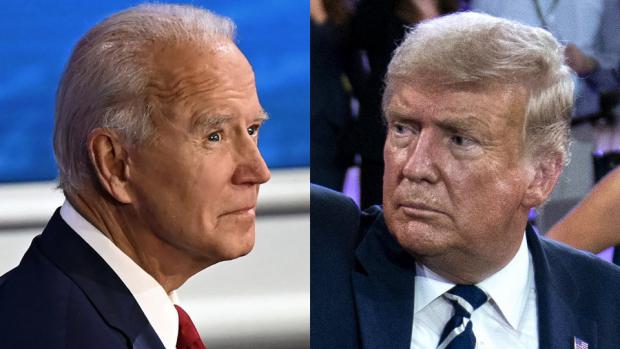 NBC says Trump's town hall will still go ahead as scheduled this evening, despite a letter from more than 100 actors, producers and writers who blasted the decision to hold the event at the same time as Joe Biden's ABC town hall.

In a Thursday statement, NBCU News Group chairman Cesar Conde said that though 'we share in the frustration' over the scheduling clash, Trump's town hall will still proceed as planned.

'We aired a town hall with Vice President Biden on October 5 at 8pm,' Conde told the Hollywood Reporter. 'If we were to move our town hall with President Trump to a later timeslot we would be violating our commitment to offer both campaigns access to the same audience and the same forum.'

He added the decision is 'motivated only by fairness, not business considerations.'

Conde's statement came in response to an open letter penned to NBC by 105 Hollywood heavyweights earlier Thursday, who asked for the Trump town hall to be shifted from its current 8pm time slot.

In the letter, the group didn't criticize NBC for hosting the Trump town hall, but rather that the network is allowing the president to 'counterprogram' Joe Biden, after having refused to debate him virtually.