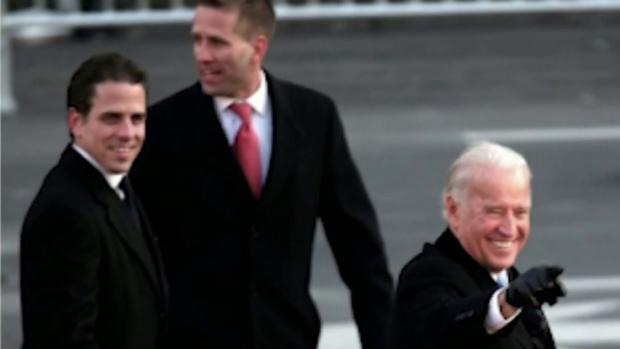 The owner of a Delaware computer repair store where a man he believes was Hunter Biden dropped off a laptop that allegedly contained emails detailing an opportunity for a meeting between former Vice President Joe Biden and a top Burisma executive and other "disturbing" items, told Fox News on Wednesday that he was frightened by what he saw.

The man, John Paul Mac Isaac, said he has a condition that affects his vision and "can't be 100% sure" it was Hunter Biden who dropped off the computer for repair. The Wilmington shop owner said he contacted the FBI out of concern, but declined to specify what he meant.

Isaac's claim that the laptop in question belonged to Hunter Biden has yet to be substantiated. Isaac told the New York Post, which first published the emails earlier Wednesday, that he determined it was Hunter Biden because the laptop had a sticker from the Beau Biden Foundation, which is named after his late older brother.

"I just don't know what to say, or what I'm allowed to say," Isaac said. "I know that I saw, I saw stuff. And I was concerned. I was concerned that somebody might want to come looking for this stuff eventually and I wanted it out of my shop."

When asked, Isaac, whose social media posts indicate is a supporter of President Trump, rejected the possibility that the laptop did not belong to Hunter Biden and was an attempt to set him up.

Hunter explains how the foreign payoffs flow up to Joe 'Skeletor' Biden: