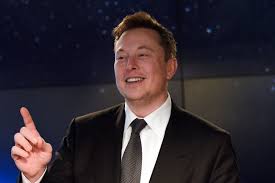 When people think of polarizing countries, Sweden rarely leaps to mind. At least that was the case before 2020.

Sweden's decision to take a "lighter touch" to the coronavirus pandemic—foregoing strict lockdowns and relying primarily on social responsibility to encourage social distancing—has made it a lighting rod for criticism.

Many commentators claimed Sweden was behaving recklessly and selfishly by refusing to enforce an economic lockdown like most other nations around the world.

Though its per capita death rate remained well below European neighbors such as the United Kingdom, Belgium, and Spain—each of which enforced strict lockdowns—Sweden became, as one CBS report claimed, "an example of how not to handle COVID-19."

As I previously observed, however, the fact that Sweden was coming under fire had less to do with the results of its policies than the nature of its policies. There were far better "cautionary tale" examples than Sweden—such as Belgium, a nation with a similar population whose per capita death toll is 50 percent higher than Sweden's.