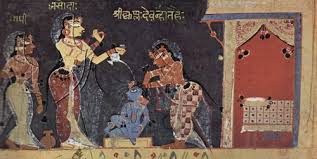 I remember reading an extremely impressive book, around the same time, about Elizabeth Tudor, possibly the greatest leader Western Civilization has ever had. A long time later I was fascinated by the stories that Robert LeFevre (look him up) told about American Revolutionary characters like George Washington, Paul Revere, and Israel Putnam (look him up, too).

I guess part of it was my realization, somewhere along the line, that figures out of history, people in the past, were basically regular human beings who had to get past ordinary—and sometimes extraordinary—obstacles to accomplish the things that we remember them for. Another early "mentor" was the immortal Paul de Kruif, who wrote Microbe Hunters.

Breakfast cereal manufacturer C.W. Post, for example, and John Stith Pemberton, the inventor of Coca-Cola, were both terribly ill almost all of their lives, the latter suffering chronic pain from a saber wound he endured during the War between the States and a subsequent addiction to morphine. Post thought he had stomach cancer and eventually killed himself with a shotgun. Thomas Alva Edison was famously deaf. Julius Caesar suffered from epilepsy. Theodore Roosevelt began his life as a small, sickly boy and changed himself through sheer force of character.