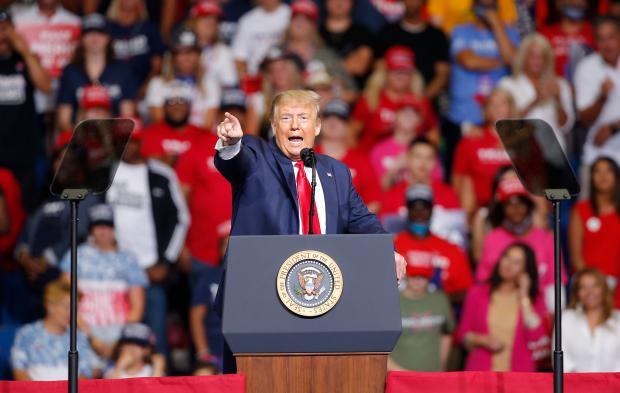 Supporters hopped on their motorcycles or into their cars and drove around the Valley, honking their horns and expressing their admiration for the current president. Some of the pickup truck drivers had huge flags that said "Trump 2020" or had the Thin-Blue Line flag along with American flags. The Trump Train also featured trucks with digital billboards that said "Hate Cops? Nexttime You Need Help Call a Crackhead" and "Vote No on Prop. 208."

Theresa Montoya was one of the organizers and she said it started as a simple vote parade at Lake Pleasant but then grew.

"It's overwhelming and profound to see the support and the compassion and love for this president," Montoya said.

She said participants came from all over the Valley to drive around to show their support. All of the drivers ended up at a barbecue place in Wittmann.

"This has taken a life of its own," said Montoya. "We have a common goal and that's to get the president elected for four more years."

Karen Patterson also participated in the ride. She said the vehicle line stretched for 30 miles.

"We love what he's done for this country," Patterson said.