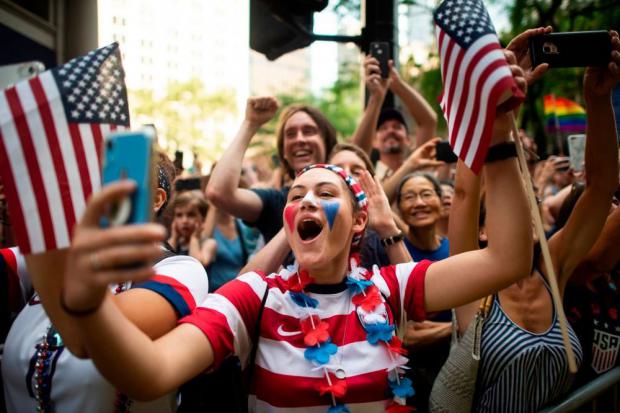 Those of us outside of the US watch it like Americans watch TV. It's like a slow-motion car wreck that we observe almost daily, eager to see what's going to happen next. We criticise the madness of it all, yet we can't take our eyes off the unfolding drama. It has all the excitement of a blockbuster movie.

The national debt is, by far, the highest of any country in history.

The economic system is a house of cards, getting shakier every day.

The government has become mired in progress-numbing fascism and increasing collectivism.

The government is aggressively creating the world's most organized police state.

The majority of the population have become wasteful, spendthrift consumers who apathetically hope that their government will somehow solve their problems.

The media consistently misrepresents international events, prodding the citizenry into accepting that the ongoing invasion of multiple other countries is essential.

The most popular candidates for president (both parties) are the candidates that are the most egotistical, out-of-control blowhards who preach provocative rhetoric rather than real solutions.

Still, most Americans retain the hope that, somehow, it will all work out.

Hope Is a Desire, Not a Plan

There are growing numbers of Americans who have accepted that the US is unravelling rapidly and is headed for a social, economic, and political collapse of one form or another.

Some talk of a new revolution (but hopefully a peaceful one, of the Tea Party sort). Some imagine that, if they can store enough guns and ammunition in their homes, they might be able to make a stand against government authorities. Others mull over the idea of organised secession by some of the states. A small, but growing, number are quietly leaving for more promising destinations.

US 2020 Economic Collapse a Bonanza for Billionaires