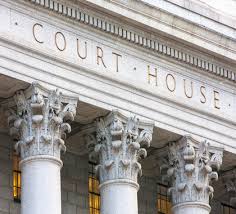 Kamala Harris's unwillingness to say whether she and Joe Biden would or would not try to "pack" the Supreme Court with justices to assure voting majorities for "their side," and the dark colored fly that attached itself to Mike Pence's white hair and distracted everyone from anything he tried to say.

Soon after the debate, Democratic Party presidential candidate Joe Biden, hedged his answer about packing the Supreme Court by saying that voters "don't deserve to know" until after the election. That is, he would inform the American public whether he intends to try to rig the highest court in the land only after he finds out whether the Republican-controlled Senate had or had not approved Amy Coney Barrett, Trump's nominee for the Court, following his own win for the White House.

As for Mike Pence, well, he did not insult his vice-presidential opponent or give her a demeaning nickname; instead, he was polite and mostly courteous, while emphasizing that Ms. Harris was a facilitator of lies and distortions and misrepresentations, about which he was mostly right, especially about Abraham Lincoln and the Supreme Court in 1864.