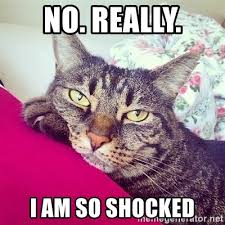 (Natural News) The social media behemoths have been violating Section 230 of Communications Decency Act for years now with impunity.

The law states that the platforms can retain immunity from regulators only if they don't act as "publishers" — that is, if they merely allow people to post content and freely exchange ideas, like they were designed to do.

But the minute they started censoring any content, which has mostly been conservative content, that constituted a violation of Section 230, and they should have had their immunity pulled.

Of course, they haven't been punished one iota. Not a single federal agency — the Federal Communications Commission comes to mind — has punished or fined any social media giant that has censored content.

So it should come as no surprise, then, that both Facebook and Twitter have gotten away with censoring the biggest political scandal of the current presidential election cycle: Massive corruption allegedly implicating — who else? — the current Democratic presidential contender and his family.

The Post's first report came on Wednesday. The report cited actual evidence from the hard drive of a laptop computer once owned by Hunter Biden. There were emails, photos and video contained on the laptop featuring Hunter Biden and others. There was evidence of crackpipe use; raucous sex; and even some other potentially disgusting evidence involving underage girls.

But no sooner than the bombshell story began making rounds on social media, Facebook and Twitter executives — in Facebook's case, a former Democratic Party operative — limited distribution of the story or censored it altogether.

While I will intentionally not link to the New York Post, I want be clear that this story is eligible to be fact checked by Facebook's third-party fact checking partners. In the meantime, we are reducing its distribution on our platform.

While I will intentionally not link to the New York Post, I want be clear that this story is eligible to be fact checked by Facebook's third-party fact checking partners. In the meantime, we are reducing its distribution on our platform.