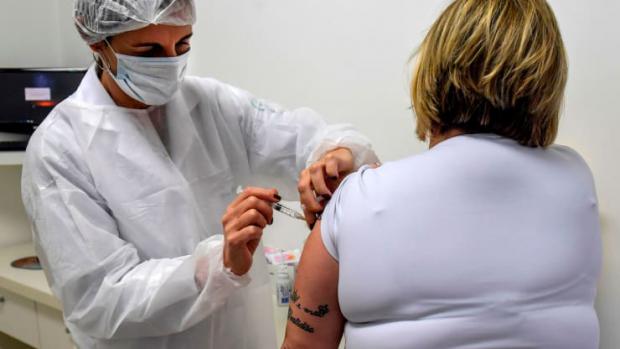 The Federal University of Sao Paulo, which is helping coordinate late-stage trials in Brazil, separately said that the volunteer was Brazilian, according to Reuters.

Shares of AstraZeneca, a front-runner in the Covid-19 vaccine race, gave up a slight gain after the news broke. Shares were down by about 1% in early afternoon trading.

A spokesperson from AstraZeneca declined to comment on the volunteer, citing "medical confidentiality and clinical trial regulations."

The spokesperson added that "[a]ll significant medical events are carefully assessed by trial investigators" and "[t]hese assessments have not led to any concerns about continuation of the ongoing study."

In a statement, a spokesperson from the University of Oxford, which is developing the vaccine with AstraZeneca, said "there have been no concerns about safety of the clinical trial" after an assessment of the case in Brazil.

"The independent review in addition to the Brazilian regulator have recommended that the trial should continue," Oxford spokesperson Alexander Buxton said.