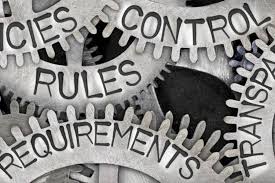 Later, Rahm Emmanuel, Obama's Chief of Staff who wanted to mandate national civilian service and who donated his time during the Gulf War to repair damaged Israeli tanks as well as oversaw a cesspit torture state as mayor of Chicago, would paraphrase Alinsky when, during the 2008 financial crash, he stated, " "You never want a serious crisis to go to waste. I mean, it's an opportunity to do things that you think you could not do before."

As the COVID-19 restrictions began in earnest in March, 2020, Emmanuel once again reprised his paraphrase which has now become more of a slogan for him than Alinsky. "Never allow a crisis to go to waste," Emanuel said. "Start planning for the future. This has to be the last pandemic that creates an economic depression. We're going to have more pandemics, but this has to be the last economic depression."

Emmanuel needn't worry. This crisis, manufactured or not, is not going to waste. In fact, COVID is proving to be the biggest gift to totalitarian governments, pharmaceutical companies, and major corporations we have seen since 9/11. Indeed, for these institutions, Christmas came early this year.