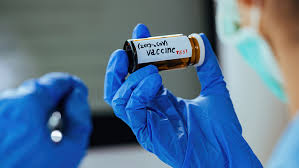 (Natural News) A person who volunteered for the medical experimentation on humans with the COVID-19 vaccine has died during clinical trials, reports The Epoch Times. The death was confirmed by government officials in Brazil, where the trial was taking place, and the company whose vaccine is being tested in the medical experiments — AstraZeneca — says it will continue its experiments on the remaining human survivors.

No deaths will stand in the way of vaccine profits, it seems.

"The volunteer died on Oct. 15," reports The Epoch Times. "It's not clear whether the volunteer received the placebo shot or the vaccine."

Had this person died in any other context, their death would of course have been counted as a "covid-19 death," but since they are involved in a vaccine trial, the scheming mainstream media will claim the person received a placebo, not a live vaccine. Such claims are complete fiction, given that no such patient data are allowed to be released on individual patients. As TET reports:

The health authority noted that "data on clinical research volunteers must be kept confidential, in accordance with the principles of confidentiality, human dignity, and protection of participants," according to a news release.

Thus, any media outlet reporting the vaccine trial participant was part of the placebo group is lying. Then again, all they do is lie.

The human medical experiments continue, no matter how many die in the process

"We cannot comment on individual cases in an ongoing trial of the Oxford vaccine as we adhere strictly to medical confidentiality and clinical trial regulations, but we can confirm that all required review processes have been followed," said AstraZeneca in a public statement.

This isn't the first indication of dangerous side effects linked to coronavirus vaccines. "It came after AstraZeneca said on Sept. 8 that its vaccine trial was placed on hold due to an illness in a patient in the United Kingdom," reports TET. "The Food and Drug Administration placed a late-stage clinical trial from AstraZeneca on hold in the United States."