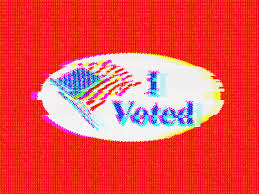 (Natural News) How do Americans know for sure whether Trump-hating Democratic governors like Gretchen Whitmer (MI) and J.B. Pritzker (IL) won't just fabricate the voting numbers in the 2020 election? Whitmer and Pritzker have already shown they will do whatever they want in order to destroy people's lives during the covid-19 pandemic. These tyrannical governors have gone to extreme measures to hold their own state economies down, while trying to shift the blame over to Trump, as if he's the one destroying people's lives, inciting riots and killing people off with the China virus.

Michigan Governor Whitmer told CBS's "Face the Nation" that their state will be able to announce the results "but we are not going to have artificial deadlines set by, you know, people with political agendas." Whitmer makes it clear she won't abide by any efforts to hold voter fraud accountable.

Whitmer will make sure the state gets the numbers "right" as long as the democrat-controlled state decides when and how these numbers are tallied. "We're gonna get this right," she affirmed. "It will be soon after polls close. I'm not gonna put a number on it, but we're gonna get it right."

Her statement contradicts the words of Michigan Secretary of State Jocelyn Benson (D) who said the election results won't be fully reported on November 3rd. Mail-in ballots are expected to come in after November 3rd, as election commissions sort out an influx of late ballots and deal with issues surrounding the mailing system and voter fraud. Voter fraud has already been detected in battleground states, and the beneficiary of the fraud has almost always been the Democratic Party.