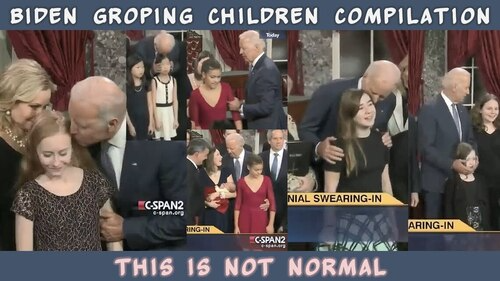 By Don Boys, Ph.D. for All News Pipeline

Adulterers have served as U.S. President almost since our beginning. Our present leader is an admitted adulterer; however, he's all we have. And he has kept his promises and has had unusual success in domestic and foreign affairs, the economy, COVID-19, and there is no reason to think he would stop keeping his word. As to any sexual affairs in the present, no one knows.

Nothing would shock me.

However, I am weary of reading about Joe Biden's decency and his faith. If Joe—longtime swamp critter—is so decent and true to his faith, why does he stand opposite to what his Roman Catholic Church teaches? He has supported the slaughter of innocent unborn babies all his political life and now even supports killing the kids up to the time of birth! The church also stands against fornication and adultery, but that hasn't changed Biden's personal morality.

Joe is a major supporter of sodomy when his church stands against it. He stands for same-sex marriage, which is contrary to biblical teaching, standards of moral behavior, and common sense. He equates sodomy with love and romance when it has always been known as a crime against nature. It is an aberration and abomination and is appalling, yet Joe applauds it.

God warned all of us about calling good evil and evil good.

Moreover, Biden even supports children deciding whether they are male or female, although that can be decided by each doubtful person with a quick downward glance.

Joe stands with the male athletes who pretend to be female while they humiliate all females in various competitions. He asserted, "Let's be clear: Transgender equality is the civil rights issue of our time…There is no room for compromise when it comes to basic human rights." Recently he came out for transgenderism for children, even to permitting an 8-year-old to make the decision!

So, how can Biden be a Catholic when he stands against what the church stands for? What does a Catholic have to do to be kicked out of the church? But then Hitler and Mussolini died in the arms of that church. I hope Americans have higher standards for their President than church officials have for members. (To their credit, some Catholic leaders have declared that Biden should be refused communion, but he should be excommunicated since he does not support his church's teaching.)

Joe is known for lying and cheating from his youth. He is known for touching and hugging girls and women. A decent person cannot watch some incriminating videos taken at White House events without cringing in disgust.

Don't Believe the COVID Case Numbers; It's a Scam