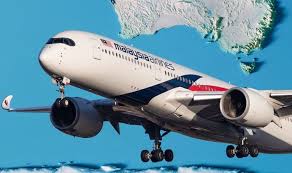 Despite a four year, $200million search the plan vanished and was never found

Aviation experts claim they have finally located the crash site of MH370, which vanished in March 2014 with 239 passengers on board.

Despite a four-year, $200million international search effort covering more than 120,000sqm, the wreckage of the Malaysia Airlines plane has never been found, sparking the world's biggest aviation mystery.