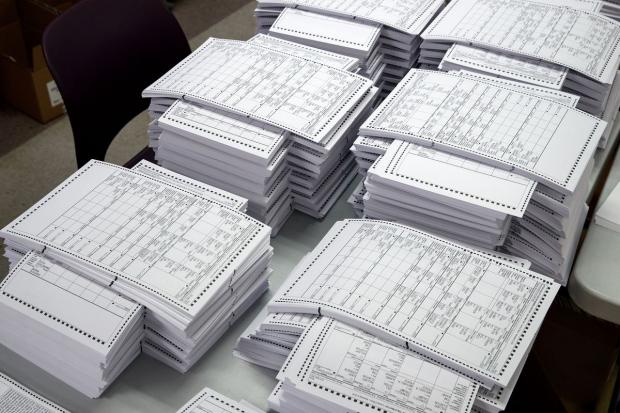 It's not necessarily true. Read the instructions in your voter instruction pamphlet/sample ballot CAREFULLY, and ask questions. YOU MAY HAVE ANOTHER OPTION.

Being unsolicited, these ballots by law should become YOUR PROPERTY upon receipt. In Nevada, for instance, if you show up for "early voting" without your unsolicited mail ballot (as we did, this week), you can instead sign an "affirmation" promising not to vote your unsolicited mail-in ballot. At that point, having signed said "affirmations" with an electronic pen, we were then allowed to vote in person. Our mail-in ballots stayed safe in our car, and were brought safely home for framing or later, post-election disposal.
(Obviously, you should NOT vote a second time by mail — that would be a federal crime. Nor would we advise you to sell or give your unsolicited mail-in ballot to anyone else, at which point you'd be participating in the systematic ballot fraud which was the very purpose of crooked Democrat state administrations — like Nevada's — mailing these things out in the first place.)

Why is KEEPING THAT BALLOT important? The unused mail-in ballots they were collecting at our polling place at the Ruud Community Center in Pahrump, Nevada were NOT shredded upon receipt, nor placed in a padlocked lockbox under armed guard. (Any "police" in or near the building actually appeared to be un-armed auxiliaries, dealing solely with traffic flow, while showing no concern for how these ballots were handled.) We saw these unused ballots simply tossed by the score into open-topped clear plastic tubs sitting on the floor against the wall.