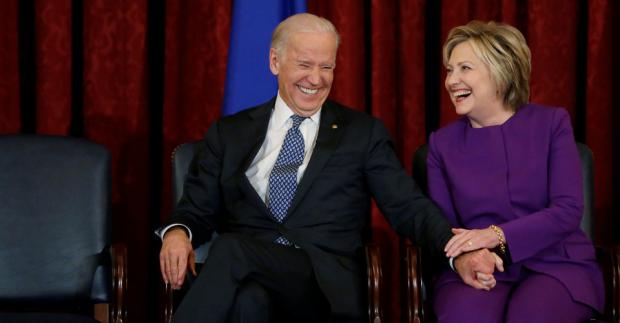 She, her party, and the compliant press all tried to hide it, play it down, and do everything else to minimize the damage. When the election was over, Clinton commented that she would have won but for the emails (exposing her corruption). I thought then, what a sick campaign strategy, to hide her corruption long enough for her to be elected, and then make it all go away. We now know others also believed and counted on a lot of activities to be pushed under the rug and forever buried with her election. Well, it did not turn out as they expected, and the evidence is now piling up about levels of corruption never before seen in American politics.

We are now in a 2020 election cycle, and Joe Biden has an email problem, too.

As with Clinton, every effort is being made to hide it from the American voters. The leftist press is all in to hide the truth. At first, Biden denied such events as having met with a Burisma executive at his son's request' however, he later had to admit there may have been such a meeting. The problem is the damaging emails come from Joe Biden's son Hunter's own computer, now in the possession of the FBI. The Biden camp tried the old "Russians did it" thing, but our DNI quickly dispelled that myth. Other people on the email strings have now corroborated the emails as authentic, and former associates of Hunter Biden have come forth to implicate Joe Biden directly as being "the big guy" getting 10% of contemplated payoffs from the Chinese Communists, as described in the emails from his son's computer, and confirming other sordid activities of the Biden family.

Isn't it strange that the Democrats have twice in a row nominated candidates with serious baggage that was exposed and is being exposed by emails?

Are they so arrogant that they think they can get away with nominating such flawed candidates because they know their faithful so-called press will protect them by not printing the real news and/or printing fake news? Do they never learn a lesson from their mistakes?