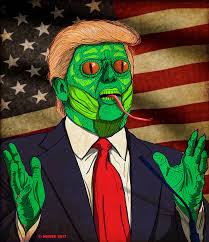 Below is my column on Fox regarding the recent remarks of NBC analyst Jon Meacham explaining how Trump supporters suffer from "lizard brains." The statement is indicative of a long-standing trend in the media of insulting and biased comments about Trump supporters. Analysts seem to have dispensed with any notion of restraint or reason in such attacks.

What is most troubling is that there are students who support Trump at Vanderbilt and there have been complaints for years about an increasingly hostile environment for conservative students. Taking a professor who has publicly dismissed your political views as the result of a lizard brain is hardly welcoming.

We recently discussed how Vanderbilt professor and historian Jon Meacham gave a quiz in his course on the 2020 Election in which students were asked "Was the Constitution designed to perpetuate white supremacy and protect the institution of slavery?" You had to answer "yes" or get points deducted.

It appears that the final exam in the class could prove even more demanding for any intellectually honest student if Meacham asks about the voters themselves. The NBC analyst this week declared that President Trump and his supporters are examples of being controlled by what is called "the lizard brain."

It only got worse from there.

Meacham addressed a simple question of whether Trump helped himself with his base in the second presidential debate Thursday night. It is impossible on NBC, however, to refer to Trump voters without some derisive or insulting precursor. Meacham did not disappoint his audience.

"I think Trump did himself good with his base tonight," Meacham said.

"The question for America is how big that base is. There is a lizard brain in this country. Donald Trump is a product of the White man's, the anguished, nervous White guy's lizard brain."