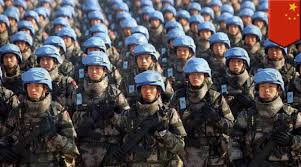 Just when we thought the Omnibus Bill (which passed following some amendments) was an overreach of authoritarian power, the Defence Legislation Amendment (Enhancement of Defence Force Response to Emergencies) Bill 2020 has been put forward.

This law will allow foreign troops and foreign police forces to be used on Australian soil against the Australian people in times of a declared "emergency". Most likely under the banner of NATO or the United Nations.

These foreign forces and/or police will be able to act with impunity, immune from all prosecution for any laws they break, damage to persons and private property caused whilst on Australian soil.

If passed the new law will allow foreign troops to be called upon in an emergency. But what constitutes an emergency? Industrial action? Anti-government protests? Civil unrest? Another fake Pandemic? The definition is so broad that it basically can mean anything that they want it to mean.

However that's not even the point. Military. Especially foreign military should never ever be used against civilians. Make no mistake their primary role is to kill the enemy at the behest of government in order to protect Australia and her interests. It is not to police civilians at home.
Should this bill pass that means at any point in time if an emergency is declared foreign military or foreign police can legally be used to suppress the Australian people. Let that sink in. Also let it sink in that we are currently under a state of disaster in Victoria and a state of emergency across all of Australia.