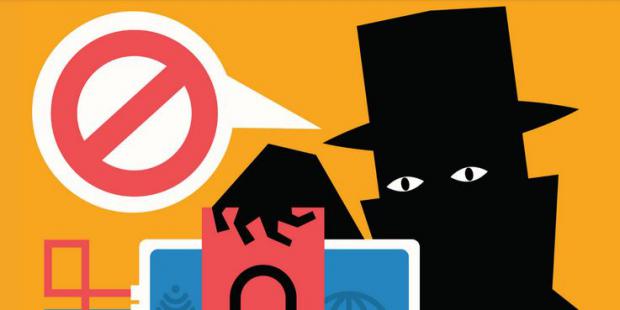 "And if all others accepted the lie which the Party imposed—if all records told the same tale—then the lie passed into history and became truth."
— Winston Smith in Nineteen Eighty-Four

This week the Center for American Greatness is pleased to announce a new resource for lovers of the First Amendment. A searchable directory—Winston84—to online content that has been censored.

The phenomenon of online censorship, which has steadily increased over the past few years, hardly requires explanation. Beginning in earnest in 2016, the censorship disproportionately impacts conservatives and nationalists, who find their social media content "shadowbanned," "deboosted," "throttled down," "demonetized," or, in the ultimate (and very common) sanction, "deplatformed." All too often, these content providers even have their websites taken down by their ISP providers, and their online fundraising accounts terminated.

For those of us paying attention, these attacks by online communications monopolies have been unrelenting, but the censorship has reached new extremes. Last week, Twitter made it impossible to post a link to an article about content potentially embarrassing to candidate Joe Biden, published by one of the oldest newspapers in America. Meanwhile, Facebook and Twitter have now censored social media accounts belonging to the Trump reelection campaign 65 times.

The recent wave of censorship goes well beyond presidential politics.