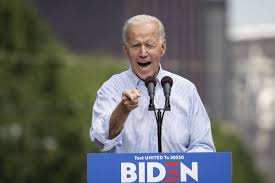 Biden has been in politics nearly a half century. Never has he evidenced a single thought that deviated much from the conventional wisdom on foreign (or domestic) policy. When he dissented from majority sentiments, it always was within hailing distance of the rest of what Ben Rhodes inelegantly termed "the Blob," or foreign policy establishment.

At most Biden wants a bit less military involvement, never no entanglement. In a Biden administration Americans would remain ever at risk of being sent off to fight and die for no good reason. As for lesser "engagement," he desires better and more intensive social engineering rather than practical, voluntary, and measured cooperation.