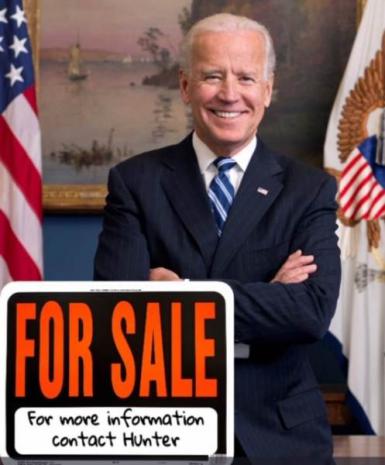 Jim Biden, described by The Gateway Pundit's Cristina Laila as "Joe Biden's slimy grifter brother," told Ho, a Hong Kong national who was suspected of being a covert agent for the communist Chinese regime, to wire the funds to Owasco LLC, Hunter's personal firm.

"The wiring instructions for Dr. Ho's representation funds are as follows," Jim wrote at the top of the email, copying it to Hunter, who also goes by the name of Robert, along with Kevin Dong and Mervyn Yan. A screenshot of the email, as shared by The National Pulse's Raheem Kassam, can be viewed at this link.

Ho, it turns out, was previously under FISA surveillance after having been charged with money laundering in connection with CEFC China Energy Co. contracts that were established in Africa. CEFC, in case you missed it, is a Chinese energy company that gave Hunter and the Biden family a $5 million "interest-free" loan, according to leaked emails.

In a leaked audio recording that was shared by the Pulse this week, Hunter is heard describing Ho as his business partner and the "f***ing spy chief of China." Hunter is also heard complaining about his business partner Devon Archer, who summoned Hunter and his father Joe as witnesses in a criminal case in the Southern District of New York, supposedly without notifying them.

Biden crime family had hoped to hide behind "plausible deniability"

According to the official U.S. Senate report on Hunter Biden's business dealings, Owasco, the firm that Ho was told to wire funds to, lists Hunter as its "executing officer and governor," suggesting that Hunter was the ringleader in laundering money on behalf of himself and his family.

Pressure Mounts on Biden Not to Hire Big Tech Veterans