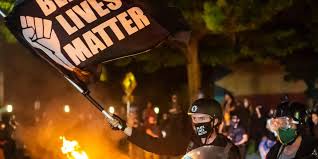 The mainstream left is threatening to inflict "political terror" and violence against Trump and his supporters, even if Joe Biden wins the presidential election, Stella Morabito, an expert on cults and communist propaganda, wrote at The Federalist on October 26.

Morabito, a senior contributor to The Federalist, wrote, "I'm not talking specifically about the Antifa and Black Lives Matter street violence we've seen…I'm referring here to voices that normalize and promote open terror against any freedom-respecting person who has different views from those blessed by left-wing leaders, media, and Big Tech."

Morabito listed seven "open threats" the left has made. These include Nils Gilman, who is the head of "the George Soros-funded Berggruen Institute," essentially calling for the execution of a Trump advisor; a Salon article suggesting "criminal charges" be brought against Trump "and his key followers," along with the launch of "a serious campaign to change the hearts and minds of Americans who have been drawn to this president's agenda"; and former MSNBC host Keith Olbermann's recent suggestion that everyone who supported Trump be prosecuted.