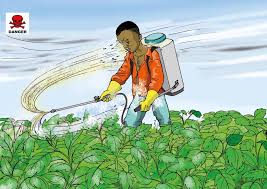 Chlorpyrifos insecticides were introduced by Dow Chemical in 1965 and have been used widely in agricultural settings. Commonly known as the active ingredient in the brand names Dursban and Lorsban, chlorpyrifos is an organophosphate insecticide, acaricide and miticide used primarily to control foliage and soil-borne insect pests on a variety of food and feed crops. Products come in liquid form as well as granules, powders and water-soluble packets, and may be applied by either ground or aerial equipment.

Chlorpyrifos is used on a wide variety of crops including apples, oranges, strawberries, corn, wheat, citrus and other foods families and their children eat daily. USDA's Pesticide Data Program found chlorpyrifos residue on citrus and melons even after being washed and peeled. By volume, chlorpyrifos is most used on corn and soybeans, with over a million pounds applied annually to each crop. The chemical is not allowed on organic crops.

The American Academy of Pediatrics, which represents more than 66,000 pediatricians and pediatric surgeons, has warned that continued use of chlorpyrifos puts developing fetuses, infants, children and pregnant women at great risk.