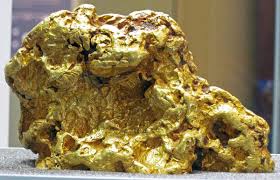 I get a slight variation on the question.  As the co-author of the new book The Last Gold Rush Ever!:  7 Reasons for the Runaway Gold Market and How You Can Profit from It, I'm asked,  "What happens to gold if (insert the name of the candidate the questioner fears most) is elected president?"

A wealth of evidence makes it easy to answer.

Past performance may be no guarantee of future success, but gold's upward trajectory has proven more dependable than Trump's vow to balance the budget in eight years.  US debt exploded under Trump, too.  When he moved to Washington the debt was $19.94 trillion.  Three years later in January 2020 – before Covid spending – the debt stood at $23.20 trillion.  It grew by more than a trillion dollars a year.  Little wonder that gold moved higher during in the Trump years.