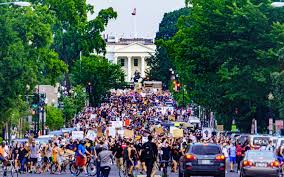 By "return to normal," of course, we refer to an America not so riven by politics that families and neighbors no longer talk to each other because of the deep political divide. An America where people again become friendly and human, politics recede in importance, the economy and schools reopen, and suspicion of others' political motives fade into the deep background.

Sounds great, the fabled tolerant America of yore. But, sorry, whether Donald Trump wins or loses, the left has other plans.

And "normal" isn't part of them. In fact, even if Trump wins in a landslide and Republicans win both chambers of Congress on his coattails, the left already has plans for "Trump II: The Disruption."

No, this isn't some dystopic fantasy. After four years of non-stop interference with Trump's presidency by the Democrats, we know it's a hard reality.