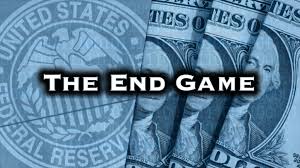 Central bankers now appear poised to embark on their biggest power play ever.

The globalist IMF recently called for a new "Bretton Woods Moment" to address the loss of trillions of dollars in global economic output due to the coronavirus.

In the aftermath of World War II, the original Bretton Woods agreement established a world monetary order with the U.S. dollar as the reserve currency.

Importantly, the dollar was to be pegged to the price of gold. Foreign governments and central banks could also redeem their dollar reserves in gold, and they started doing so in earnest in the 1960s and early 1970s.

In 1971, President Richard Nixon closed the gold window, effectively ushering in a new world monetary order based solely on the full faith and credit of the United States. An inflation crisis followed a few years later.