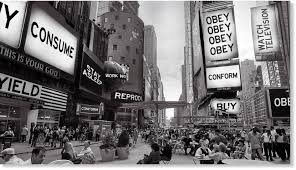 This country that at one time was populated with mostly intelligent, hard working, self-responsible, and tough individuals, has become a country filled with idiots, weaklings, and fools. I do not say this lightly, nor am I attempting to berate all, but most of those that populate America today were taught to become weak and ignorant, to become divided and hateful, to ignore tradition, to disrespect truth and honesty, to throw aside family, to become robotic drones, and self-aggrandizing socialists. While this result was planned by the ruling segment of society, and implemented over a long period of time, it was nonetheless voluntarily accepted by the masses. Due to the current attitudes evident today, the acceptance of all-consuming immorality, war, torture, theft, redistribution of private wealth, and disregard for fellow men and property, are apparent, and there is widespread and pitiful sensitivity among the herd that borders on lunacy.

Because of these things, we are now in a situation that is so dire that it could lead to the end of all civilized behavior, and the resulting norm would be nothing less than global totalitarianism based on a technocratic system controlled by the very few. This should not be taken lightly, because we are very close to losing all independence in favor of tracking and confinement, where individual life and family are replaced by a collective insanity. Acceptance of this new order would signal the end of civilization as we have known it, and a fundamental end to love, beauty, and joy that are the basis of the spirit of life.