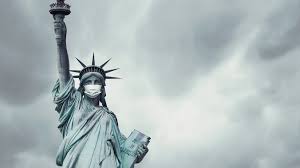 If you have found this message on your own please share it with your friends and family. If someone you care about recommended you watch this, please do so with an open mind.

We are in the last few months of a tumultuous year and it appears there might be more unprecedented events on the way. As we near election 2020, it's important to step back and analyze the potential plans of the Predator Class. Specifically, it's important to understand a number of recent government simulations and exercises.

First, let's look at the exercise known as Event 201.

One year ago, on October 18, 2019, the Bill and Melinda Gates Foundation partnered with the Johns Hopkins Center for Health Security and the World Economic Forum on a high-level pandemic exercise known as Event 201. Event 201 simulated how the world would respond to a fictional coronavirus pandemic known as CAPS which swept around the planet. The simulation imagined 65 million people dying, mass lock downs, quarantines, censorship of alternative viewpoints under the guise of fighting "disinformation," and even floated the idea of arresting people who question the pandemic narrative.

Coincidentally, one of the players involved with Event 201 was Dr. Michael Ryan, the head of the World Health Organization's team responsible for the international containment and treatment of COVID-19. Ryan has called for looking into families to find potentially sick individuals and isolate them from their families.

Due to the vast web of connections between Bill Gates and nearly every organization connected to the COVID-19 fight, a growing number of researchers are questioning the motivations of Gates and the other officials involved in the Event 201 exercise.

Another exercise known as Crimson Contagion simulated an outbreak of a respiratory virus originating from China. From August 13 to August 16, 2019, Trump's Department of Health and Human Services (HHS), headed by Alex Azar, partnered with numerous national, state, and local organization for the exercise. According to the results of the October 2019 draft report, the spread of the novel avian influenza (H7N9) resulted in 110 million infected Americans, 7.7 million hospitalizations, and 586,000 deaths.