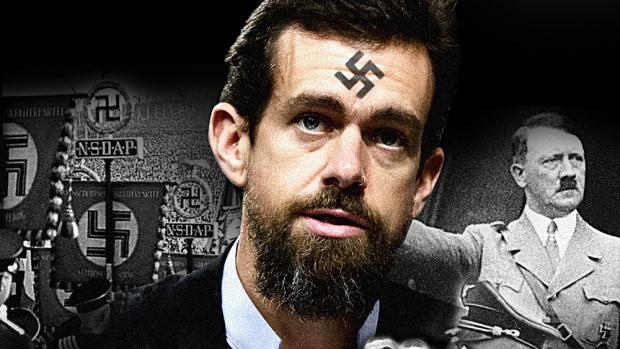 Seeing as how Twitter has no problem with people sharing the Borat prank story, Giuliani wants to know why the Biden Crime Family's treasonous behavior is off-limits on the social media platform.

"I think Jack Dorsey is covering up child pornography," Giuliani declared as the only possible explanation for why Twitter refuses to allow information about HunterGate to be shared.

"This is completely unjustifiable not to cover this story. It's completely un-American. It's inconsistent with everything we were founded to be."

Giuliani went on to compare Dorsey's treatment of HunterGate to the Japanese internment camps of old, "except it's being done to all of us," he says.

"This is outrageous what they're doing," Giuliani lamented.

Even if Dorsey is not guilty of harboring child pornography and those who create and spread it on his platform, Giuliani is sure that Dorsey is not an American by any stretch of the imagination.

"He's something else," Giuliani contends. "Maybe he's working for the Chinese, I don't know. But you don't cut down information like this. He has no right to say this is not valid."

Seeing as how the emails and recordings of Hunter and his associates speak for themselves, Dorsey has no excuse for why he is keeping this information from the public, which desperately needs to know the truth before the Nov. 3 election.

You can watch the full segment with Bolling and Giuliani below: