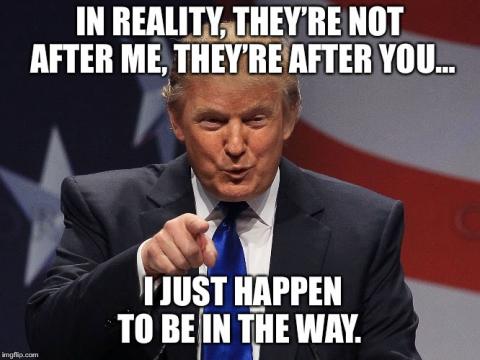 Could it be that, since JFK, this is the first President who the people love and genuinely feels that he is on their side? Not even Reagan engendered this kind of support.

Let's take a look back at the Presidents in my lifetime beginning with LBJ and try and understand why large crowds never really expressed the outpouring of emotion we see with Trump.

My first vague awareness of politics began with LBJ, who represented everything that was wrong with politics. If LBJ had not been in politics, he would have been in the mafia because he performed many mafia deeds in his early political career. LBJ's main contribution was tied to the false flag attack in the Gulf of Tonkin incident which have the Rockefellers the Vietnam War which JFK had so vigorously opposed. LBJ never had crowds chant "We Love You!"

One look at Richard Nixon and you knew we had a crooked President. While serving as Vice-President, he undermined President Eisenhower. He was the CIA's boy…He helped secure the so-called Golden Triangle in Southeast Asia in order to secure the CIA's heroin trafficking. While President, he threw away many American boy's lives on a hopeless Vietnam War. He also conspired with Edgar Kaiser to usher in managed care which has given America one of the worst health care systems in the world. And it is ironic, that his Watergate downfall was the least of his transgressions against the American people. Richard Nixon never had crowds chant "We Love You!"