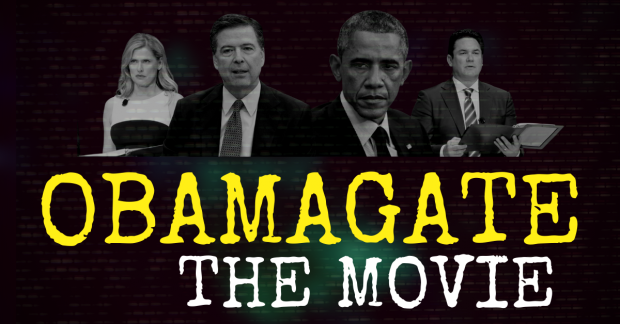 Available to watch for FREE at ObamagateTheMovie.com – you can also watch it below – Obamagate is a word-for-word retelling of what is contained in the many texts, emails, memos and witness transcripts collected as part of the Trump-Russia investigations.

"James Clapper, Susan Rice and Loretta Lynch are briefly portrayed, showing the sharp contrast between their public claims of 'collusion' with statements made under oath," writes Art Moore for WND.

Because Comey's A Higher Loyalty memoir is basically a fiction novel full of historical revisionism, as is the Showtime miniseries, "The Comey Rule," Obamagate aims to set the record straight by retelling exactly what happened in the words of the involved in the scandal.

"Teaming with the Washington watchdog Judicial Watch, the 'Hamilton'-style 70-minute film derives its script word-for-word from the wealth of texts, emails, memos and witness transcripts collected in the many Trump-Russia investigations," Moore notes.