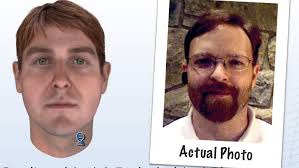 Nearly two years ago, I wrote an article describing how police departments across the country were using Parabon Nanolabs, "phenotyping" to ID and arrest innocent people.

According to a NY Daily News article the New York Police Department (NYPD) is considering using Parabon to ID suspected criminals based on their DNA mugshot.

Parabon is full of praise at the prospect of  having the largest police force in the country use their product to arrest suspected criminals based on DNA mugshots.

"Having developed these tools over most of the past decade, it is gratifying for our team to receive this permit after passing NYS DoH's [Department of Health's] stringent review process," said a statement from Dr. Ellen Greytak, Parabon's director of bioinformatics.

In 2015, the NY Times asked 50 employees to identify reporter John Markoff's phenotyping profile and the results speak for themselves; not one of the fifty employees correctly identified him.