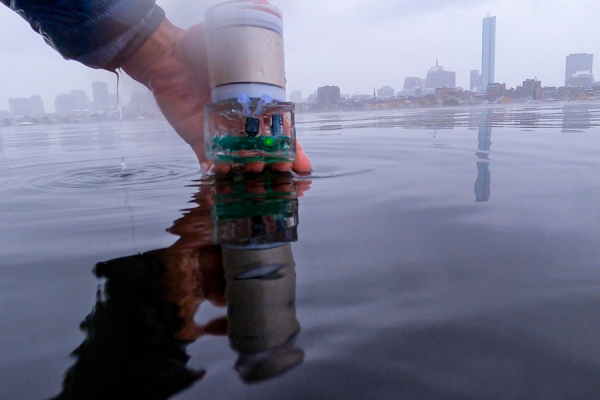 GPS navigation has been so successful that not only do many people take it for granted, they also couldn't function without it. Besides helping motorists to get from point A to point B, the technology has found a bewildering variety of applications, from the battlefield to the warehouse.

It's therefore surprising that three quarters of the Earth's surface are inaccessible to GPS by simply submerging underwater. This is because water impedes and scatters the radio waves GPS depends on, making it useless. This is also the reason why submarines use sonar rather than radar to probe their surroundings. Where a radar beam would be swallowed up within a few yards, acoustic signals can travel for thousands of miles under the right conditions.

According to MIT scientists, the problem with using acoustics to create an underwater equivalent to GPS is that acoustic signal generators are very power hungry. That might not matter to a nuclear submarine, but for small devices that rely on batteries for missions like tracking animals this can be a real problem.