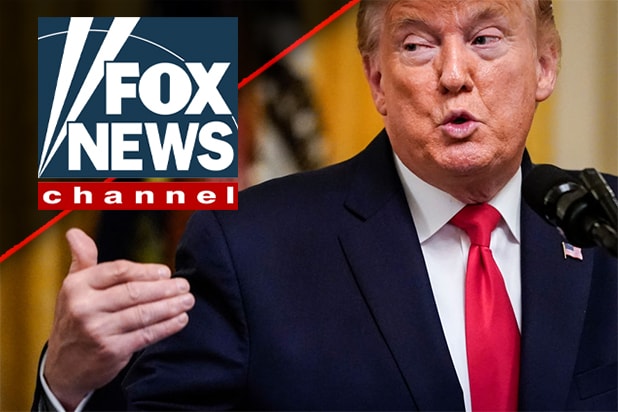 Lachlan Murdoch, CEO of Fox Corp., said Fox News would welcome the arrival of a rival news and opinion brand led by Donald Trump if he is no longer president.

"We love competition," Murdoch said in response to a direct question from an analyst about Trump's future during the company's quarterly earnings call. "We have always thrived with competition. … The only difference today versus some years ago is as our audience has grown and our reach has grown, we see our competition as no longer only cable news providers but also as the traditional broadcast networks."

From Labor Day to Election Day, Murdoch noted, Fox News was the top network in broadcast or cable in terms of total audience. Prior to the call, Fox Corp. reported so-so results for its fiscal first quarter, exceeding analysts' estimates but revealing a major toll from COVID-19.

Trump, who faces a stiff challenge from Democrat Joe Biden in his bid for a second term as president, has talked about his ambition to start an alternative to Fox News. While his rise to power can of course be traced to the influence of Murdoch's father, Rupert, and Fox opinion hosts like Sean Hannity, Trump has also had his differences at times with the network.

In a lengthy appearance last month on Rush Limbaugh's radio show, Trump bashed Fox News, calling it "a much different thing that it was four years ago. Somebody said, 'What is the biggest difference?' I said the biggest difference is Fox." He has floated the idea of launching a network in several public appearances, framing it as a response to CNN's "fake news" coverage.