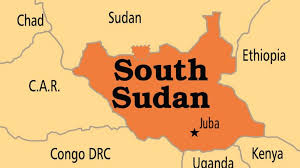 (Natural News) Health officials in the African nation of South Sudan confirmed a new outbreak of the poliovirus – ironically caused by vaccinations against it. The South Sudan Ministry of Health (MOH) said 15 vaccine-derived polio cases were identified in the northwestern portion of the country. Vaccine-derived polio is a rare instance in which the weakened poliovirus in the vaccines mutates and causes sickness, instead of providing immunity against the pathogen it is supposed to protect against.

Dr. John Pasquale Romunu, the South Sudan MOH's director-general for preventative health services, told reporters that the outbreak of vaccine-derived polio "has affected quite a number of counties and states." He nevertheless assured that "the [ministry] and its partners are working on it, and I think it is under control."

Mayien Machut, a South Sudan MOH undersecretary, said the country's status as "wild poliovirus-free" remained in place despite the vaccine-derived polio outbreak. He added that the country was working with the World Health Organization (WHO) to bring the outbreak under control, saying "we are going to contain it." Before the outbreak, South Sudan joined three other African nations the WHO declared Aug. 25 as having eradicated polio within their countries.

The acutely infectious and contagious poliovirus is responsible for poliomyelitis, which attacks the spinal cord and causes irreversible paralysis in children. Health experts said vaccine-derived polio, the disease that stuck South Sudan, particularly affects countries with low immunization rates and poor sanitation. They added that the pathogen can transmit through fecal matter and contaminate water or food; it can spread through an under-immunized community, mutating along the way.