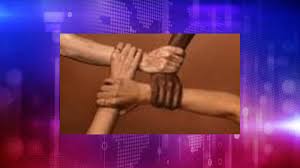 We're living in a nation divided. You need only look at social media or the comments section of nearly any website to see the rage and animosity between people who hold opposing opinions. Violence has broken out in the streets of many of our cities and it's all the media really wants to talk about.

Some people will call me naive, but I still believe in unity, the goodness of people, and the possibility of peace.

I'm writing this piece before the election. I have no idea how it's going to turn out. This is my opinion regardless of which candidate is declared the winner and it is not based on politics. It's based on my belief that Americans can still unite if we choose to do so.

People are giving politicians control over their relationships.

What I don't understand is how people can allow politicians – people who are in it for power, not for you and me – to divide them from the people they once loved. How can you look at your son, daughter, parent, cousin, or friend and say, "You voted for X and therefore I no longer love you?" How can you put this politician and what he or she stands for ahead of your own people?

Hope: Make a Stand in Your Mind