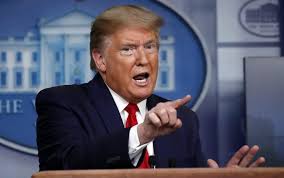 Mark Levin is enraged by what is occurring right in front of our eyes...

1. I thought about waiting until my radio show to state this, but it must be said now:

All night and this morning, the media are playing with the electoral map and their declarations of who won what states, and in virtually every case it assists the Biden campaign.

2. North Carolina, Georgia, Alaska should all be called now for President Trump.  There was no legitimate reason to call Arizona early for Biden with so much of the vote out.  There was no reason to sit on Florida and Ohio for hours when those outcomes were quite clear.

They gave Trump voters sharpies and now their votes are being invalidated! WTF! pic.twitter.com/Eb6geKyXZW