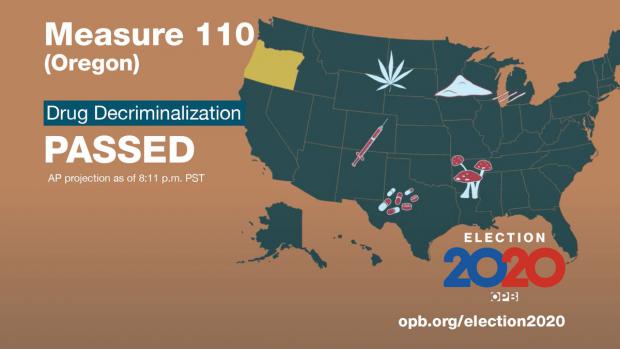 People were absolutely shocked and outraged over such a suggestion, especially when I would say that hard drugs like cocaine and heroin should be legalized. Many people would call in to attack me.

Not so today. Drug legalization in on the table of discussion and debate. Moreover, many states have legalized or decriminalized possession and distribution of marijuana.

Now, in a statewide vote Oregon has taken the matter one step further. It has decriminalized the possession of small amounts of drugs, including cocaine and heroin. It's not full legalization, which is the ideal from a freedom standpoint, but it's a giant step in finally ridding our nation of the scourge of the drug war.

The Oregon vote goes to show the power of ideas on liberty. If libertarians had become despondent and depressed 30 years ago over the prospect of ending the drug war and given up advocating drug legalization, that would have made the progress reflected by Oregon much more difficult. By sticking to their guns and continuing to make the case against this immoral and destructive program, libertarians were able to get people to begin thinking about ending it.

The experience shows the importance of adhering to principle to achieve other aspects of liberty.

What has long befuddled me is the reluctance of many libertarians to take the same position on the welfare state that they take on the drug war. With the drug war, they don't hesitate to say: "End it now. Legalize it all." No gradual phaseout. No concern over leaving people who are dependent on drug war largess in the lurch. They publicly make the case for just repealing all drug laws, even if, as a practical matter, it doesn't often end up like that, as with Oregon.