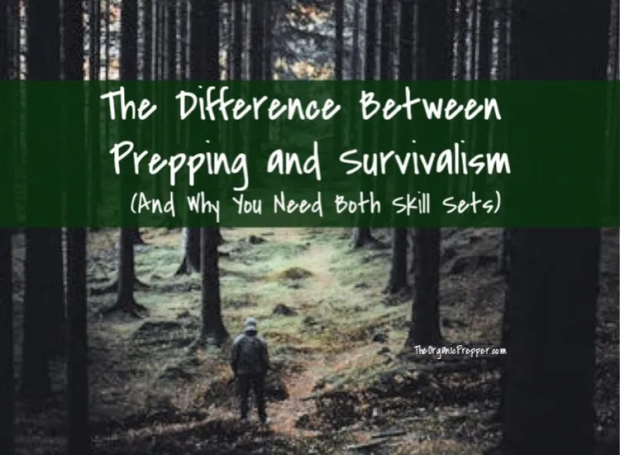 If there's one thing I learned in Croatia a couple of years ago when I took Selco's Urban Survival Course for Women, it's that survivalism and preparedness are two entirely different animals. If there are two things I've learned, it's that I have mad skills in one of these disciplines and I was a complete novice in the other.

There is absolutely some crossover between the two worlds. And although they have the same destination in mind, they're also very different disciplines.

So, what's the difference between prepping and survival? And do you really need both skillsets? Here are some of the things I learned in the Balkans about being more thoroughly prepared.

Prepping is the act of getting ready for emergencies large and small. Those of us who do this are called preppers.

Preppers prepare by gathering supplies, gear, food, and skills to see us through a crisis. That crisis can be anything from a job loss to a natural disaster to the end of the world.

Preppers are usually heavily focused on supplies. Many times, preppers plan to stay home or go to a designated bug out retreat if things go sideways. Preppers tend to spend a great deal of time repackaging food to last for the long term, gardening, and preserving. Preppers like to remain aware of current events and are ready to batten down the hatches fast if the situation warrants it. Quite often, the goal is to defend the homestead/retreat and stay put, so guns and ammo are often an expensive and large part of the prepper package.