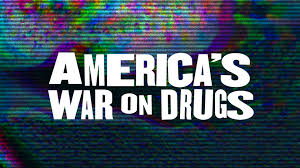 The 2020 election was an important milestone in unraveling America's disastrous war on drugs. Across the country, by overwhelming margins, voters came out for legalizing marijuana, removing criminal penalties for psychedelic use, and treating drug addiction as a public health rather than a criminal concern.

The biggest victory was in Oregon, where voters overwhelmingly approved Measure 110, making it the first state to eliminate the possibility of jail time for possessing small amounts of heroin, cocaine, oxycodone, and every other narcotic. Instead, violators could be hit with at most a $100 fine.

"It's a really bold experiment," says Adrian Moore, vice president of policy at the Reason Foundation, the nonprofit that publishes Reason. "Arresting people and locking them up for using drugs is not very effective." The initiative also paved the way for setting up education treatment recovery programs and using the tax revenue from the marijuana market to fund it.